What to Come after Hajj ?

Amidst the state of confusion and chaos that the society gets into; and amidst the attacks carried out against Islam by the unqualified, Al-Azhar is still giving lessons in rationality.

The rejection of Al-Azhar to declare the militants of ISIS disbelievers is a step on the right direction; a step which deserves praise for the foundations it builds and which All Muslims need to overcome these crises which mercilessly crush them, which often push them in the direction of backwardness and which make their countries and their communities vulnerable to poverty and misery.

This communiqué set the foundation for putting an end to the Takfir (declaring Muslims disbelievers) and its negative consequences including fanaticism and ignorance, which serve the interests of particular sects and groups, which instills animosity, division, conflicts and which ignite the fusion of civil wars in countries that enjoyed at least somehow of stability and co-existence.

In this time when Takfir became an easy matter, we must make a stop to review what has been mentioned in Al-Azhar statement, “All the scholars of the Ummah who attend Al-Azhar Conference surely know that they cannot declare a believer- irrespective of the sins he may commit- a disbeliever … and that even the major sins or the huge heaps of sins cannot render the believer a disbeliever. If we had declared them disbelievers, we would have been like them (fanatic and terrorist groups) and would have been fallen prey to affliction of Takfir; a matter which can never by endorsed by Al-Azhar’s moderate and middle course.”

This is the value to be shown and safeguarded; the value which Al-Azhar exerted utmost efforts to affirm in light of groundless accusations and demagogy taking over the public opinion, and in light of baseless allegations made by particular individuals and groups with the aim of achieving particular gains, while they, in essence, are planting mines on the route of the country.

Takfir is a term that must be cancelled. It is a weapon by means of which we kill ourselves, not others. “ISIS” will be dismantled today, or even ten

years later, but Takfir as practice and thought will be rooted deeply in the ground … Here lies the disaster!

Some of those rushing for donating this infected blood are ignorantly or misguidedly doing that, however, they are killers. Some others, yet, sell us this contaminated blood to hoard gold, destroy home, and sell the corpse later to the organs’ merchants … (organs of countries).

The communiqué of Al-Azhar brings the crime of Takfir to an end, exposes those who exploits religion, and guides the straying and ignorant people. Nevertheless, there should be people who adopt and explain Al-Azhar’s message so that it should preponderate over the odd views, and consequently, not to be messed in noise and confusion.

Our messages need, according to Simon Sinek in his ‘Start with Why’, to a “loudspeaker” in order to be spread and be convincing; otherwise it will reach only a few people and, consequently, will not have an influence in the complicated intellectual and social momentum.

Therefore, the role of the intellectuals, writers, people of letters who are interested in the benefit of Egypt and Islam is to disseminate this message, explain it to those who have distorted image thereof, and to correct the image that has been drawn as a result of the spread of a thinking style which adopts noisiness and demagogy more than rationalism and judging matters according to a critical mind able to analyze, compare, judge and take positions.

The message which some writers have tried to present about the communiqué is that “Al-Azhar supports ISIS”. The escalating delusion throughout all media outlets helped disseminating this erroneous message. Following up the published and presented materials on this issue can show the spread of bad and vicious materials.

As for “the interested parties” that are many and that love this country and are jealous about Islam, they kept silent; their silence, in such a situation, is a support for the vicious people on the other side.

The strangest thing is that some people who claim that they support modernity attacked Al-Azhar because of this statement, while they were supposed to be the first to support it. This situation underlines the fact that their hate for Al-Azhar is pure and an incurable disease. Furthermore, they detest this opinion only because it is issued by Al-Azhar, even if it is for the benefit of Egypt and for achieving progress in combating extremism and intellectual delusion. What is worse is that pure hate becomes the incentive for a thinker who claims to be open and civilized only with his tongue, while his actions violates this.

Gentlemen, Al-Azhar states that belief is only an affair between one and his Lord and that bringing such an affair to the arena of politics destroys religion and ruins people’s lives, so beware of this!

Gentlemen, Al-Azhar assures you that the issue of ISIS is a political and worldly affair, so you should fight it through the proper means; politically, security, intellectually, socially and legally. Moreover, presenting this matter as if it is a religious matter is distortion and delusion that must be put to an end.

Gentlemen, Al-Azhar says to you that all that which ISIS is doing is not Islamic and that Islam rejects all the crimes perpetuated by ISIS in its name. This what Al-Azhar can judge. However, you should leave matters of declaring people Muslims or disbelievers to the One who knows what hearts conceals; Allah.

Gentlemen, Al-Azhar is firmly and strongly fighting its hard battle in an atmosphere which its role is denied and under attack it has been suffering since a long time. In the midst of state of confusion that Egypt has undergone, Al-Azhar has not lost its vision. You may recall the middle of the year 2011, where confusion was leading Egypt to the pit of the “Muslim Brotherhood”. Most political and intellectual powers shared this vision with Al-Azhar.

At that time, “Al-Azhar Document” was issued… You may read it to know who had a clear vision and who was immersed in delusions and errors. 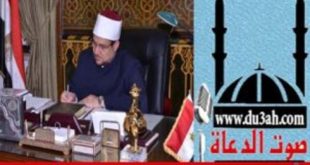 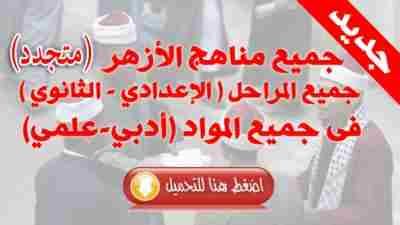